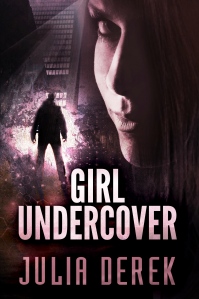 The Girl Undercover Series was previously published in a novella-serial format. It has been edited into four thrillers and the first one, GIRL UNDERCOVER, is FREE at all vendors. Find links to each below.

LAPD Detective Gabi Longoria returns home one night to a nasty surprise—her husband has been brutally killed. Her captain refuses to let her join the murder investigation, so Gabi decides to do her own. Convinced the reason for her husband’s death can be found at the New York health club where she met him, she goes undercover as a trainer there.

As she seeks the truth, she befriends a handsome, mysterious man who claims an evil corporation killed her husband. What’s worse, he also claims they’ve developed a master race to replace all of humankind. Before Gabi knows it, finding her husband’s killers is the least of her problems. Not only is someone trying to have her killed, too, but people around her are mysteriously killed. And she strongly suspects the stranger has something to do with it…

CHECK OUT THE SPIN-OFF OF THE GIRL UNDERCOVER SERIES BELOW!

The Gabi Longoria Thrillers (formerly knowns as the Meta-Human Series) follows Gabi and Ian’s adventures after you finish Girl Undercover. Books are stand-alone and can be read in any order, but are best read in order. See books and buy links below: 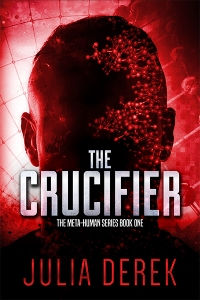 When the FBI assigns the Crucifix Killer case to Special Agent Gabi Longoria and her partner, she’s confident. They’ll surely catch the sadistic killer within days. After all, they just took down a worldwide conspiracy that has forever changed the earth’s population.
But the case is not as straightforward as it first seemed. The serial killer’s M.O. keeps changing. Are they in fact dealing with two killers? A man and a woman perhaps? Meta-humans? Metas are genetically engineered humans with superior abilities, the remnants of the conspiracy and the reason Gabi became an FBI Agent in the first place.

Nothing quite makes sense. And then Gabi gets the distinct feeling that someone is after her. Is the killer planning on making her the next victim?

BUY AT NOOK, BUY AT APPLE, BUY AT KOBO

A gang of bank robbers known as the Jokers has the authorities scratching their heads. The FBI believes the bank robbers consist of meta-humans—genetically engineered humans with superior abilities—because not only are they extremely elusive, but one of them outran a speeding car. Having experience with metas, Special Agents Gabi Longoria and Ian Armory are called in to catch them.

Gabi and Ian quickly figure out the identity of three of the four robbers. The fourth member, who they believe is the gang’s mastermind, remains a secret. What’s worse, he is actively trying to kill Gabi. Everywhere she goes, she has to worry about him assassinating her. The clock is ticking as she and Ian desperately try to find the Joker – before he can find her…

BUY AT NOOK, BUY AT APPLE, BUY AT KOBO 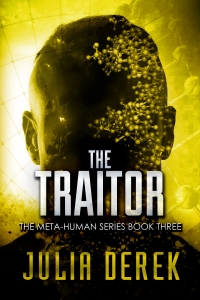 Two years ago, FBI Agent Gabi Longoria thwarted a conspiracy from taking over the world and filling it with meta-humans—genetically engineered human beings who are better-looking, healthier, more athletic and smarter than regular people.

When America finds out that not only has the government kept it a secret how many metas there really are in the world, but that they’re also prone to violence, panic sets in. Movements form across the country with the goal of eliminating all metas. Tensions between metas and regular humans escalate, and a civil war seems inevitable. Gabi is caught in the middle, because her fiancé and fellow FBI Agent Ian Armory is a meta himself—and he decides to take the metas’ side.

BUY AT NOOK, BUY AT APPLE, BUY AT KOBO. 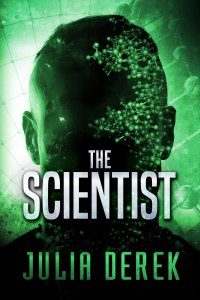 In her first trimester, Special Agent Gabi Longoria gets a disturbing email. It informs her that the baby she’s carrying has serious genetic defects. Basically, it will become a bloodthirsty monster, a human killing machine.

She and her fiancé/partner, Special Agent Ian Armory, try to reach the email’s author to learn more. The author is a Swiss scientist who was involved in a conspiracy to create a master race on earth. How can he know what he claims in the email? They get no response. They have no choice but to head to Switzerland and confront the scientist face-to-face.

Has the scientist told them the truth? And if he has, what are Ian and Gabi going to do?

(This book is available for sale. Just click on any of the other books above and you’ll see it in the series pages.)

All my blog posts

This extremely healthy and lean "senior citizen" can teach you HOW TO BECOME REALLY GOOD AT BURNING FAT, not carbs. Click/check out the rest of the post to learn how! If you like this info, you'll love my website JuliaDerek.com:)
Why Intervals Are Your Best Bet to Get Fit! Read my latest fitness article on my website. Link in my profile!
New Year's Eve may be the biggest drinking night of the year, often leading to a hangover. Many believe that working out hard and/or "sweating out the toxins" the next day is a good idea. Wrong. Not only is it bad, but it can be dangerous. The main way your body gets rid of toxins is through the liver and the kidneys. These organs process the waste that eventually leaves your body via your stool and urine. The sweat glands' primary function is to control your body temperature, not getting rid of waste products.
12 Ways to Prevent Injuries When Exercising Over 40.
Not the sexiest exercise, but oh so effective if you want to burn fat and strengthen ALL abdominal muscles at the same time, the core and the six-pack. Do it 45 seconds, take a minute break, then do it two more times! Check out my latest articles about how to stay injury free and why I love Intermittent fasting at www.JuliaDerek.com. (link in my profile)
Wanna lose body fat while preserving muscle? Wanna feel and think better? Wanna be healthier with minimal effort? Then check out my latest article/YouTube video about Intermittent Fasting. Find the link in my profile. You can thank me later:)
#neverforget
Book seven in The Cuckoo Series out this week! Available at all vendors. First book in the series is free:)
The Farmer's Walk AKA Farmer's Carry done at home with heavy water bottles and variations you should try! Best full-body exercise ever! Check out my latest YouTube video to learn how to do properly! Link is in my profile. Go there and click!
#mondaymotivation #monday #mondaymood #mondaymorning #mondays #mondayblues
Most people do exercises using both legs all the time. That's the perfect recipe to develop muscle imbalances that will eventually lead to pain and injury. Don't be one of those people! Add single leg exercises to your routine. Your body will thank you! Check out my latest YouTube video in my bio.
Barefoot running -and whether your running shoe choice matters! Check out my latest YouTube video to answer these questions with the latest research. Link in my profile!